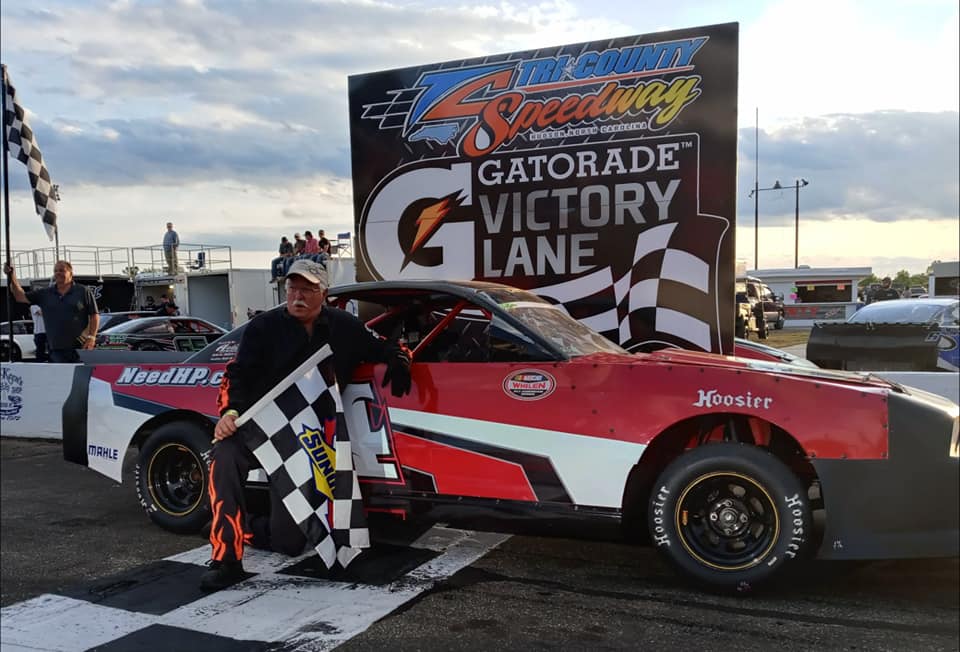 78 year old Ken Candiotti from Anderson, South Carolina decided to make the 2 hour and 30 minute drive from his home to Tri-County Speedway in Granite Falls, North Carolina to compete against what he’d heard was a great group of Mod Mini Stocks. He unloaded, tested, and won in the race he had entered. Problem was, the Mod Minis weren’t running that night as the Late Model Stock had a Dual Track Showdown 75 lap feature. So when Candiotti rolled his machine to post race inspection, he was informed of the infraction. But the track, seeing that Ken had made an honest mistake, decided to make the race a double class event, letting Candiotti keep his prize money, and his dignity. James Powell was awarded the win for the FWD division. This is a testement to the heart of Tri-County Speedway, and the strength of their Front Wheel Drive Division, as Candiotti would say in victory lane, “I went in the corner so fast it almost scared me…”, as Powell after a late race caution, had a fender on Candiotti, and almost got in position to best him.